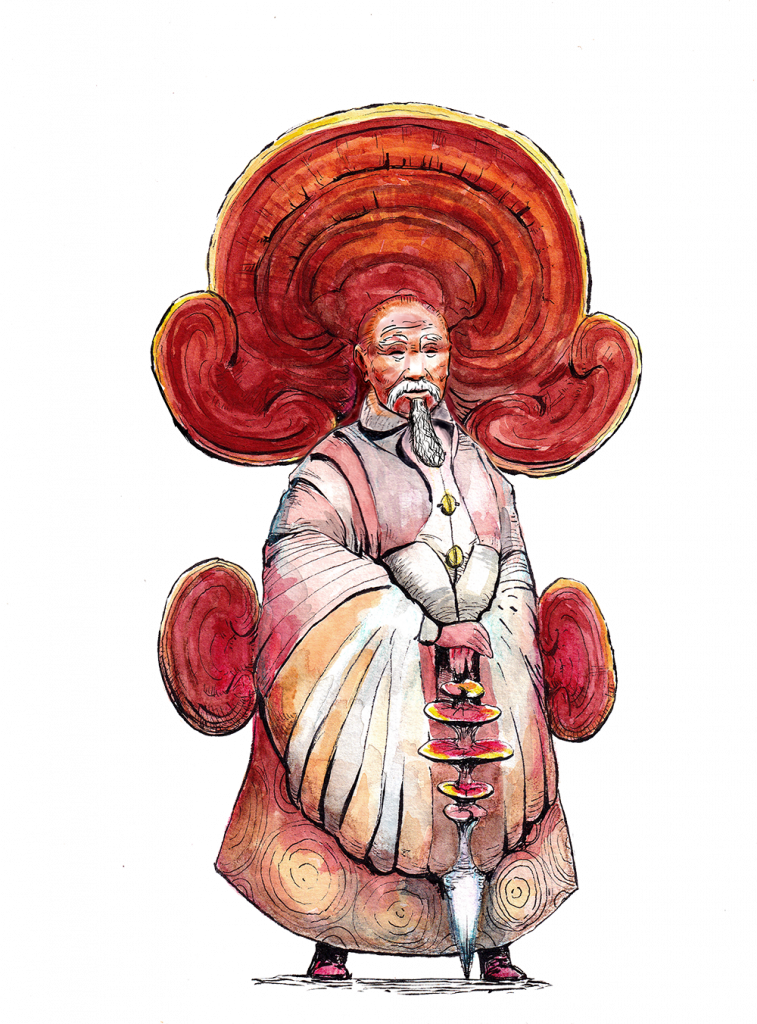 Reishi is known under many names; the “mushroom of immortality”, “ten-thousand-year mushroom”, and “mushroom of spiritual potency” are but a few. Ganoderma lucidum (Reishi) has been used for many centuries in the traditional herbal medicine of China and Japan for its immuno-modulatory and adaptogenic properties.

In the most comprehensive Chinese Materia Medica, the ‘Ben Cao Gang Mu’, published in 1578AD, Reishi was listed as the most respected herb out of 120 Superior herbs.
Superior herbs were classified as the highest category of medicines since they were considered to prolong life, prevent aging, boost energy (qi), and make the body light and limber.

Modern research has shown Reishi to have anti-allergic, anti-oxidant, anti-tumour, anti-viral, cardiotonic and liver-protective properties. Reishi mushroom has a long history of use in Traditional Chinese Medicine (TCM) for treatment of chronic bronchitis.

The Reishi is a bracket mushroom and typically attaches itself to trees including oak and plum trees. They contain polysaccharides, compounds which have been shown to help the body fight cancer tumors and stimulate the immune system to combat infections and viruses.

In Japan, Reishi Mushrooms are considered a health tonic and are used for liver, heart and asthma conditions as well as for cancer, high blood pressure and arthritis.

The Reishi Mushroom also contains Sterols which can possibly assist the hormonal system and also contain natural antihistamines which can reduce allergic reactions and inflammation in the body.

Recent studies have identified Reishi Mushrooms as an excellent source of antioxidants which can possibly counteract the damaging effects of oxidation on human tissues. In other clinical studies in Asia, Reishi Mushrooms have shown good results in treating hepatitis and chronic bronchitis. The Reishi mushroom has also shown effectiveness at repairing radiation damaged cells.