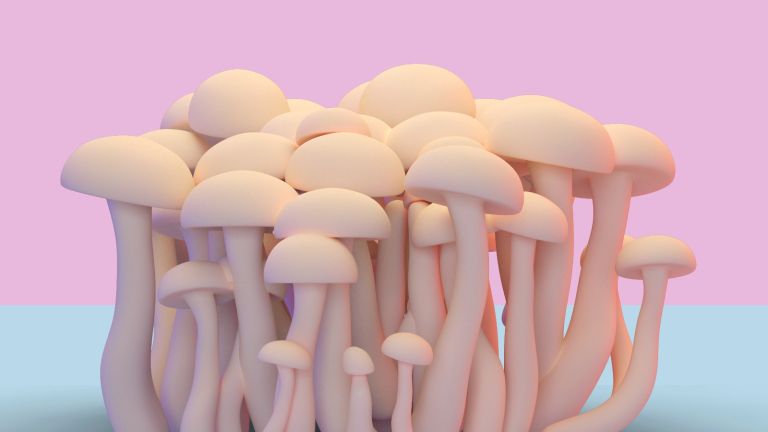 If your libido feels a little lacking going into the New Year, there are a multitude of ways to help boost your sex drive.

From using one of the best vibrators to munching on aphrodisiac oysters, even dark chocolate is said to bolster up the bedroom antics

However, there’s a new player entering the sex space—mushrooms! We’re not talking about the dainty button mushrooms that regularly frequent your weekday stir fry. Instead, the powers of cordyceps—typically found in the mountains of China—are being applauded for their libido-boosting properties. They could even help to overcome sexual anxiety.

Hania Opienski, naturopath and mycotherapy specialist at Hifas da Terra says that cordyceps mushrooms can do wonders for your sex life, “Cordyceps has been used worldwide to address everything from male impotence, improving erectile function, sperm production, motility and mobility, as well as increasing sexual arousal in both men and women.”

But rather than book a one-way ticket to China for a sex boost, you can now find cordyceps in a pill.

Hifas Da Terra Mico-Blue Solution is a natural alternative to ʻthe blue pill’, and works just as well for women as it does for men. Essentially it’s a month’s worth of caramel-flavored syringes, but it will set you back an eye-watering £1000.

“As mushrooms gain more credibility and interest, more research is being done, which confirms traditional usage and benefits. Importantly, unlike a number of other pharmaceutical and herbal medicines for sexual wellness, mushrooms like cordyceps have no side effects,” says Hania.

Plus, unlike many other libido-stimulating products, you canʼt develop a tolerance for cordyceps, “so you wonʼt need to keep increasing the dose to maintain the desired effects”.

In fact, the longer you take cordyceps for, the more primed your body becomes and the better the effects.

Cordyceps – Uses, Side Effects, and More

A Contemporary Treatment Approach to Both Diabetes and Depression by Cordyceps sinensis, Rich in Vanadium